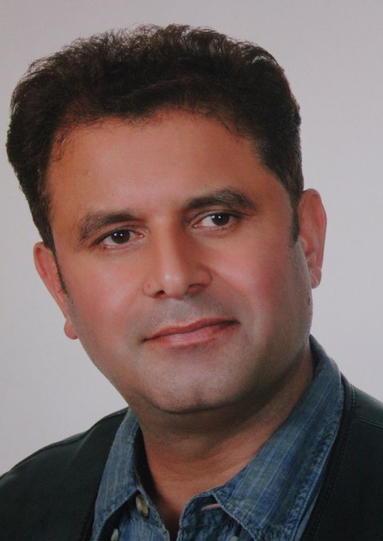 Expert Advisor: International Affairs
Founding President of International Institute for Human Rights, Environment and Development (INHURED International) which enjoys Special Consultative Status with UN-ECOSOC, Dr. Siwakoti is in a high profile leadership position since the inception period of the Asia Pacific Refugee Rights Network (APRRN), including the Durable Solutions Working Group. The Network is a rainbow coalition of multiple organizations and individuals working across the region in advancing the rights of refugees and other forced migrants on the foundation of “APRRN Vision for Regional Protection”. Esteemed as International Advisor of Platform on Disaster Displacement (PDD) and Statelessness Network Asia Pacific (SNAP), Dr. Siwakoti, besides representing in various UN forums, has been honored as a guest-lecturer on human rights, transitional justice, forced migration, refugee protection, internal displacement, SDGs, and freedom of elections at various universities in North America, Europe, Asia-Pacific and Africa. As a principal trainer and Senior International Observer at Asian Network for Free Elections (ANFREL), he has joined several election related exploratory and observation missions primarily in Asia and occasionally in Africa and North America. He is one of the founding members of South Asia Forum for Human Rights (SAFHR), Peoples’ SAARC and South Asia Alliance for Poverty Elimination (SAAPE) and has been relentlessly participating in frontline civil society advocacy. He has extensively travelled to Afghanistan, Pakistan and Iran as part of refugee protection mission. Honored by the Swiss Bureau of Statistics under “Who is Who-2000” on “Refugee Protection in South Asia”, he has also been conferred several awards including Person of the Year-2008; Global Nonviolence Advocate-2010 along with National Peace Award-2010 and was recommended by UNHCR as RealLife Hero-2020 in recognition of his support to refugees during COVID-19. Dr. Siwakoti has championed the cause of refugees and migrants in the region as a front-runner advocate as an influential civil society leader for the adoption of the twin Global Compacts for Refugees, and Migration by the UN General Assembly in 2018. Honored as patron of Amnesty International, his contribution to human rights and democratic movement transcends beyond geographic and political borders. A torture survivor, he has partaken in struggle for freedom of expression and multi-party electoral democracy since early eighties and became a prisoner of principle for four years. He has authored and edited numerous books, researches and documentaries on wide arrays of themes covering transitional justice, refugees, forced migration, disaster displacement, human rights and peace. In the years 2020-21, he has authored five different international thematic research covering the Impact of COVID19 on elections in Asia; Impact of COVID19 on refugees in Asia Pacific; and Enfranchisement of absentee voters in Nepal. The other two fresh research works in 2021-22 include the themes around defending democracy and human rights in South Asia in compliance with SDG16; and the enfranchisement of external migrants and diaspora as part of out of country voting endeavor in Asia. His valor of dedication the cause of human rights and democracy has been radiated in a TV production "Courage and Conviction"- a profiling on his personal life and achievements. The Carter Centre has brought out a special profiling on his career achievement on freedom of elections.